April 13, 2022 - ORBAI is announcing that development is underway on NeuroCAD V5.0, implementing a better UI and new features.

NeuroCAD is a patented software tool with a UI for designing Spiking Neural Networks that forms the foundation for ORBAI's AGI technology. It allows the user to lay out the layers of spiking neurons, connect them up algorithmically, crossbreed and mutate them to generate a population of similar neural nets, then run simulations on them, train them, and then crossbreed the top performing designs and continue the genetic algorithms till a design emerges that meets the performance criteria set by the designer. 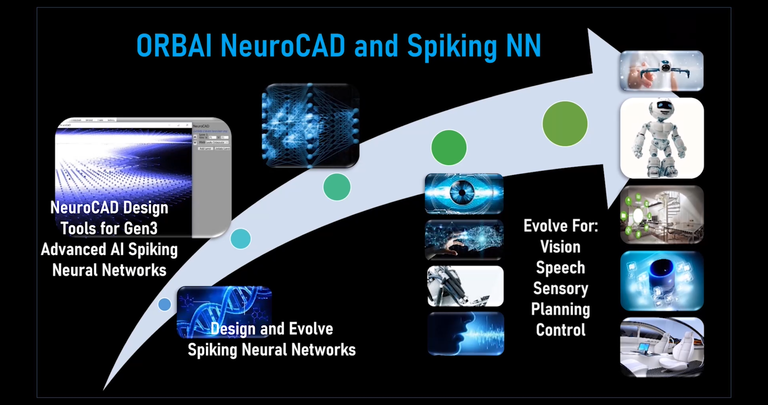 With NeuroCAD v5.0, we will be keeping the core cross-platform Qt GUI and the high performance CUDA Spiking Neural Net simulation, and adding:

This will allow our customers to integrate the tools into their current R&D workflow much more easily, and build the functionality they need in their products. We know that the technology works, but its ease of use and needing some additional features are the only things holding back more widespread adoption of NeuroCAD. Once we have the new and improved version of NeuroCAD v5.0 in customers hands, good feedback (and income) from them, we can much more easily take the next steps as a company. Look to late 2022 as a release date.